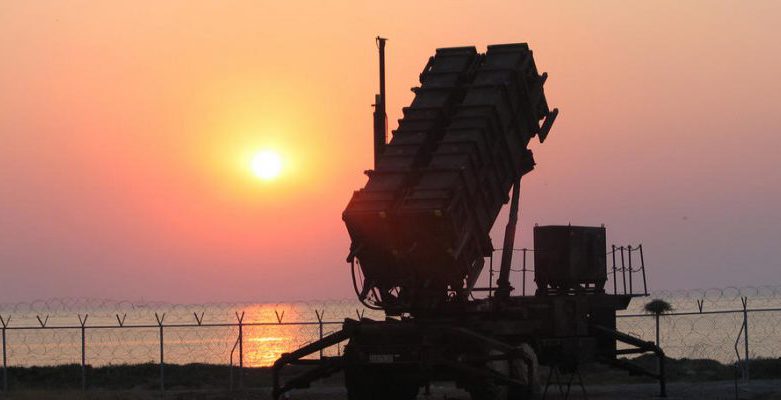 A debate has been taking place in recent days about the “lending” of elements of a long-range Patriot anti-aircraft artillery fire system to Saudi Arabia. Among other things, there have been views that rightly raise the issue of the gap that will arise in Greek air defenses, while other arguments are inciting the Greek government to become involved in the Shiite-Sunni conflict in the Middle East, as Patriots are in a broad sense targeting Iran.

The issue has to be approached in two dimensions: One is the military and the other concerns the country’s international relations. How does it affect Greek air defense and its implications at the level of Greek foreign policy?

FREE PATRIOT UPGRADE
The National Defense General Staff and the Air Force General Staff, certainly having the green light from the political leadership of the Ministry of Defense, have handled the matter with great care, succeeding in safeguarding national interests at multiple levels. One wishes that all issues would be handled with the same care from now on.

Always on the basis of the information available, there will be no defensive deficiencies in air defense, and in a relatively short amount of time will be extremely beneficial. The successful completion of this defense cooperation agreement will be extended. The potential that this will even prove crucial for the Greek defense in the near future is great.

The deal includes upgrading the six batteries of Patriot systems available to the Hellenic Air Force with the help of the US Armed Forces at zero cost to the Greek side. For obvious reasons, the content of the upgrades is not mentioned, but the information available says that they include much more than what has seen the light of  the media so far.

The cost of moving and accommodating the Air Force personnel serving the systems (numbers are not mentioned for obvious reasons), as well as the security force that will accompany it, will be covered by the Saudi side, even the so-called service away from home remuneration.

A great benefit for the Greek side will be for staff to gain vast operational experience from using the system in an anti-ballistic role in operational conditions.

This opportunity will, in fact, be given to everyone, as the General Staff reportedly plans to rotate personnel moving to Saudi Arabia on a regular basis so that all military serving with Patriot systems can gain experience.

THE (GEO) POLITICAL DIMENSION
As far as the Greek foreign policy dimension is concerned, in our view, this is yet another successful maneuver on the Greek side with multiple beneficial effects that will soon be apparent. One of the main problems of Greek foreign policy, at least at the level of its implementation (at the level of suggestions and analyses, the picture is different from what is ultimately publicly stated) is that it usually shows an inability to predict developments and their impacts. .

Obviously the remark is about the Libyan issue, though all of the above also applies to the Syrian issue. Both are issues that directly involve Greek (Greek and Cypriot) interests. Summarizing, trying to answer the bilateral relationship with Saudi Arabia and the assessment that the Greek decision is directed against Iran, we can say the following:

The special circumstances that have shaped the wider geopolitical region of Greece show that decisions must be made with cold realism, without emotional attachments. Serving the national interest and protecting national security is a top priority.

Relations with Saudi Arabia are of key importance and must be developed with complete sincerity. Bilateral consultation mechanisms may also include sensitive areas. Greece is an EU member state, appreciated and respected in the Arab world and can play a role in facilitating the relations of Arab countries with Europe.

THE ANTI-TURKISH DIMENSION
Saudi Arabia (in partnership with the United Arab Emirates and Egypt) is the country that is leading the effort to tackle the destabilizing action of the Muslim Brotherhood in the Mediterranean region and beyond. Let us not forget that Erdogan’s Turkey uses the Brotherhood as an arm of expansion and infiltration.

This has played a role both in the Syrian front and in the Libyan front. The outcome of this “battle” will also weigh heavily on energy ambitions and not just for Greece. Developments in Libya leave no room for flowery prose and hesitation.

As far as Iran is concerned, the Greek Patriot mission will defend Saudi Arabia against ballistic missile attacks targeting urban centers. These actions are perpetrated by Houthi Shiites from Yemen. In addition, if in Greece some claim that the Greek Patriots are targeting Iran, they indirectly ascribe the guerrillas in Tehran. Note that Tehran denies being behind the Houthi attacks.

International relations are extremely complex, and the safest way for a state to function in this field is to serve national interests in a clear way. The deal with Saudi Arabia for the Patriot missiles is beneficial, and it opens the prospect of expanding multilateral cooperation, with obvious benefits to Greece for those who see things without blinders.